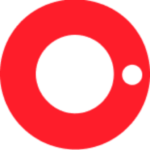 1/ Combining Discoveries on a Single Installation

There are several advantages to using multiple probes. Full parallel processing both during the Network Discovery Process plus equally importantly, the ability to Process Inventory Display Requests, such as a simple or very sophisticated Inventory Explorer Filter to be executed on all Discoveries in the View.  There can be any number of Views, with combined or separate reports.

Above is a typical Geographically distributed system. The blue circles represent Views that have been set up in the Enterprise View Manager. The views can focus on a Region, Building or Campus. There can be a highly localised View say of one Building for one User, and perhaps another View for all the Discoveries.

How to use Inventory with Probes

Discover, Inventory, Map and Monitor Your IT